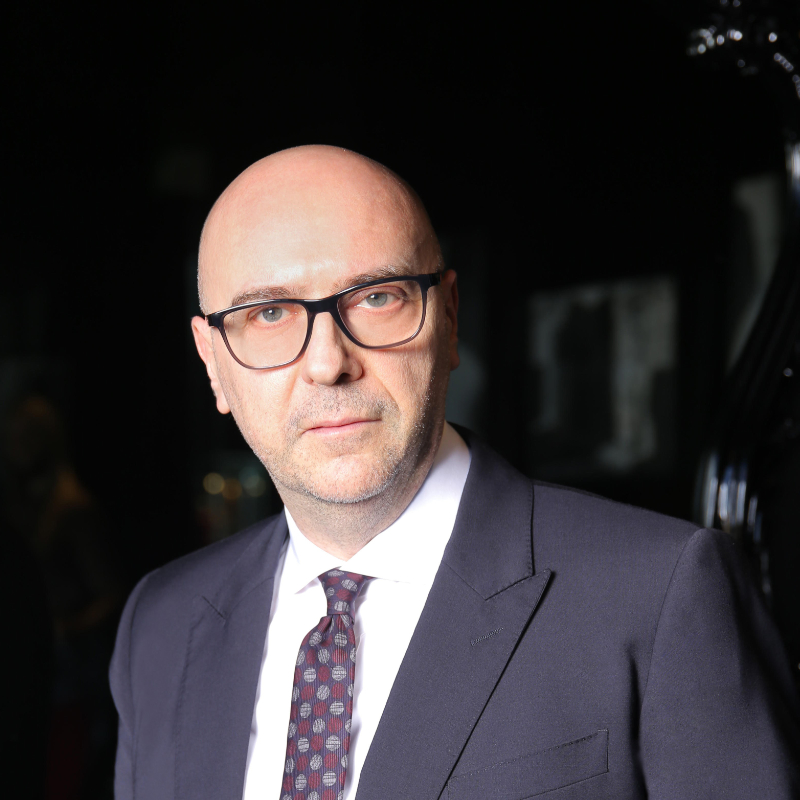 The brother of Domenico Dolce (DOLCE&GABBANA co-founder with Stefano Gabbana), Alfonso Dolce grew up in Polizzi Generosa (PA) under the guidance of his father Saverio and his mother Rosaria. Since a very young age, the brothers were involved in the family business: a men's and women's tailoring shop and textile retail activity.
After his schooling in Sicily and training experience in the parents’ business, in 1984, the year DOLCE&GABBANA was founded, he began his real career in the company.
He moved to Milan in 1987 to follow the development and transfer of the production and organizational activities of the newly founded DOLCE&GABBANA.
Over the years, he continued his career in the family firm, taking on roles of primary responsibility in the group’s companies and eventually becoming CEO.
His experience and professional training were gained in the field day after day, with constant attention to ethical and human exchange, in the technical and commercial areas as well as in the management and administrative ones.
Among his many passions, after his family and his profession, comes football, which has also led him to join the Nazionale degli Stilisti, a football team set up for charity purposes.